Preparing an SPCC Plan for Your Technology Company

The Four Elements Your Plan Must Include

Technology surrounds us in today’s world. In fact, it is hard to work, play, shop, travel and live without it. Businesses that operate technology centers for data storage, cloud support, software or hardware support/development, and banking are considered critical operations. Technology centers typically operate diesel-powered emergency generators for maintaining these critical operations in the event of a power interruption.

Aboveground Storage Tanks (ASTs) and/or Portable Containers (drums/totes) are used for oil or fuel storage critical to these operations. If these facilities meet the criteria indicated below, then the facility owner/operator must prepare and implement a Spill Prevention, Control, and Countermeasure (SPCC) Plan according to the Federal Oil Pollution Prevention regulation 40 CFR part 112.

The SPCC Rule applies to facilities that:

Do you have an emergency generator at your data center or critical mission facility in the US? Then you're probably required to prepare and implement a Spill Prevention, Control, and Countermeasure (SPCC) Plan. While each SPCC Plan is unique to the facility, there are four major elements that must be included in all plans.

Learn more about the four elements specific to SPCC Plans:

Emergency Power Generation - Emergency power for critical operations is typically provided by operation of diesel-powered generators. Most often these generators are Genset configurations in which the engine and generator sit on top of the diesel fuel tank. The tank is specifically designed for this purpose and has sized secondary containment provided by a double-wall outer shell. It is critical to check the space between the primary and outer tank wall periodically for leaks. A leak monitor wired into the generator alarm panel provides a means to check this interstitial space for leaks.

There are typically two oil containers associated with a generator: 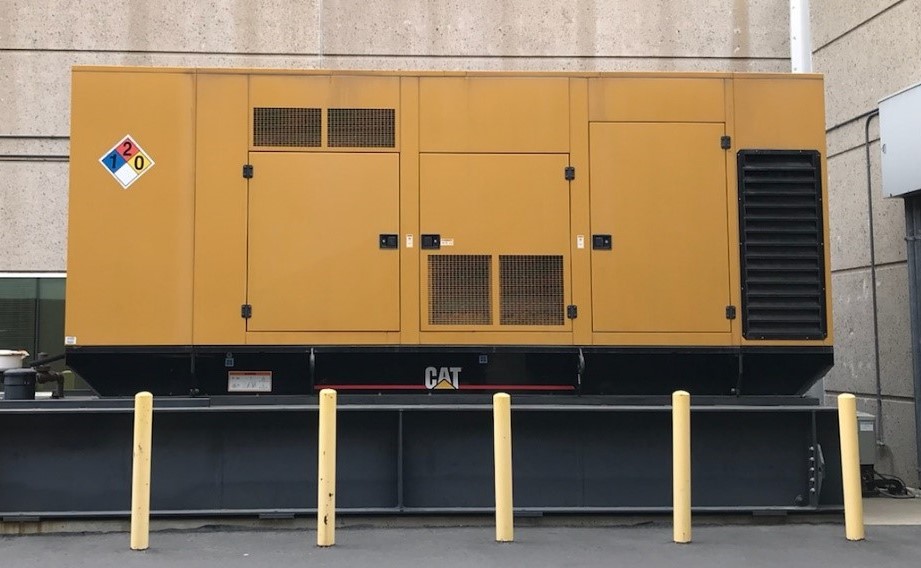 Day Tanks - Some facilities may also operate day tanks for generator fuel when a larger AST or UST is used for bulk storage at a location distant from the generator. The fuel is pumped to a day tank via piping to be more readily available at the generator. In these instances, or where a fuel tank may have a remote fill location, the piping must also be included in the SPCC plan. Piping must have general secondary containment. General containment must only provide spill control for the most likely spill scenario, whereas sized secondary containment must provide spill control for the entire contents of the largest bulk storage container within the oil storage area. 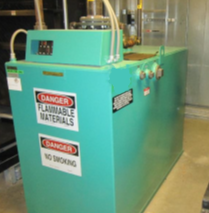 Waste Handling - Oil wastes often found at these facilities include cafeteria/waste grease containers at offices or large technology campuses and used oil drums for maintenance of generators and other equipment. Cooking grease containers and oil drums are regulated as bulk and portable oil storage containers under the SPCC rule and must be provided with sized secondary containment. 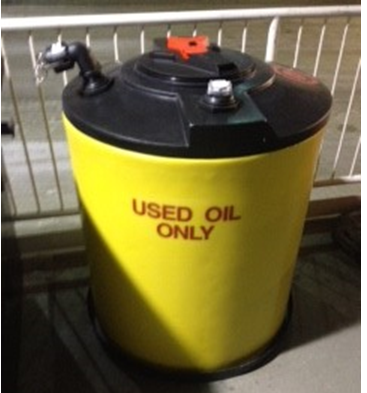 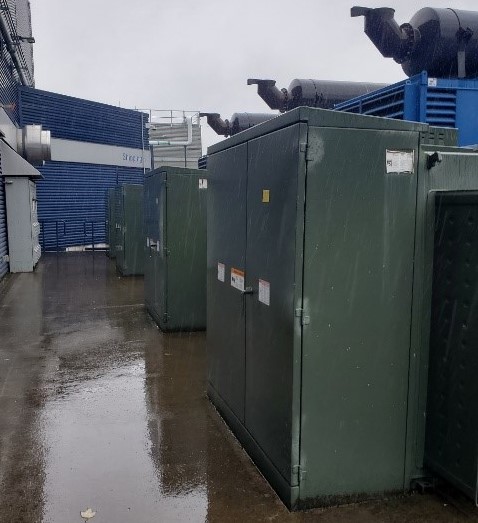 Elevators - Technology offices may have elevators with hydraulic operation. The hydraulic oil reservoirs associated with elevator equipment are SPCC regulated as oil-filled equipment if they have a capacity of 55 gallons or larger. These reservoirs are usually located in equipment rooms which provide sufficient general secondary containment by concrete floor and walls. 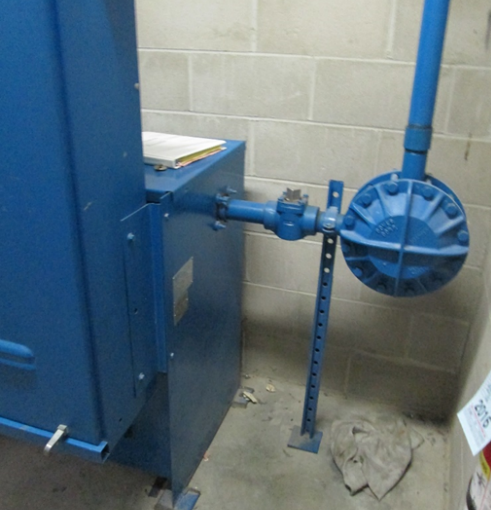 The SPCC plan should discuss spill prevention control and countermeasure practices such as secondary containment installed to prevent oil spills from entering navigable waters or adjoining shorelines. Spill prevention at technology centers is most commonly provided by double-walled tanks with overfill protection and spill pallets for drums.

Discharge and drainage controls at these facilities can include both passive (containment dikes, double-walled tanks) and active (spill kits) containment measures as well as a description of drainage pathways that lead to navigable waterways. Spill prediction pathways must be interpreted as if the containment measures did not exist and consider precipitation runoff.

4. Personnel, equipment, and resources at the facility used to prevent oil spills:

Personnel – The facility management personnel responsible for SPCC plan implementation and day-to-day operations involving oil storage at the facility must be identified by name, title, and phone within the SPCC plan.

Equipment and Resources - Countermeasures to contain, clean up, and mitigate the effects of an oil spill that has impacted navigable waters or adjoining shorelines must also be included in a facilities’ SPCC plan. This equipment and resources are most often provided by a spill contractor who would be called on to respond in the event of a spill. The spill contractor’s contact information must be provided in the SPCC plan.

Annual SPCC Training - SPCC regulations require, “At a minimum, train your oil-handling personnel in the operation and maintenance of equipment to prevent discharges; discharge procedure protocols; applicable pollution control laws, rules, and regulations; general facility operations; and, the contents of the facility SPCC Plan. (40 CFR 112.7 (f)(1)).”  This training must be completed annually. Training must be documented and records must be maintained for three years.

The owner/operator of a SPCC regulated facility, and as part of the associated SPCC Plan, “shall amend the SPCC Plan whenever there is a change, which materially affects the facility’s potential for discharge. Such amendments shall be prepared within six months, and implemented as soon as possible, but not later than six months following preparation of the amendment. (40 CFR 112.5(a))."

Common ‘technical’ changes that occur at a technology industry facility include:

Antea Group’s SPCC experience includes preparing and amending SPCC plans for many technology clients. Antea Group can assist you in determining whether your facility is SPCC regulated by performing an environmental or SPCC specific audit. If an SPCC plan is warranted, Antea Group can assist with the plan preparation and professional engineer certifications. In addition, we can conduct SPCC annual trainings online or at your facility. These trainings are specifically tailored to the facility’s oil storage operations. Antea Group can also provide both periodic container inspections and AST integrity inspections of qualifying oil storage containers.

Get Started on Your SPCC Plan Today

Sign up for our monthly e-newsletter, The New Leaf. Our goal is to keep you updated, educated, and even a bit entertained as it relates to all things EHS and sustainability.

Get e-Newsletter
Back to View All View All

Contact us to discuss your environment, health, safety, and sustainability needs today.

COVID-19 Impacts to Your SPCC Plans

Oil Spill Response Planning: The Inside Scoop on What's Next and What to Do About It

You are using an old version of Edge.

Please note some functionalities might not be supported in this version of Edge.

Select the type of cookies you want to accept